1,700 days after moving to San Francisco for graduate school, I gave my thesis seminar. We live streamed the seminar on YouTube. The stream peaked at 20 concurrent viewers and had viewers from America, Bulgaria, Brazil, Britain, Canada, Czechia, France, and Israel. Here’s a shout-out to everyone who tuned in. If you missed it, the recording (below) and slides are online.

After the seminar, the Baranzini Lab organized a reception. The reception was home to my PhD Exhibit. As per tradition, PhD Exhibits showcase items and achievements from one’s dissertation. My exhibit consisted of the following 11 items and labels, adapted for the Satoshi Village blog. 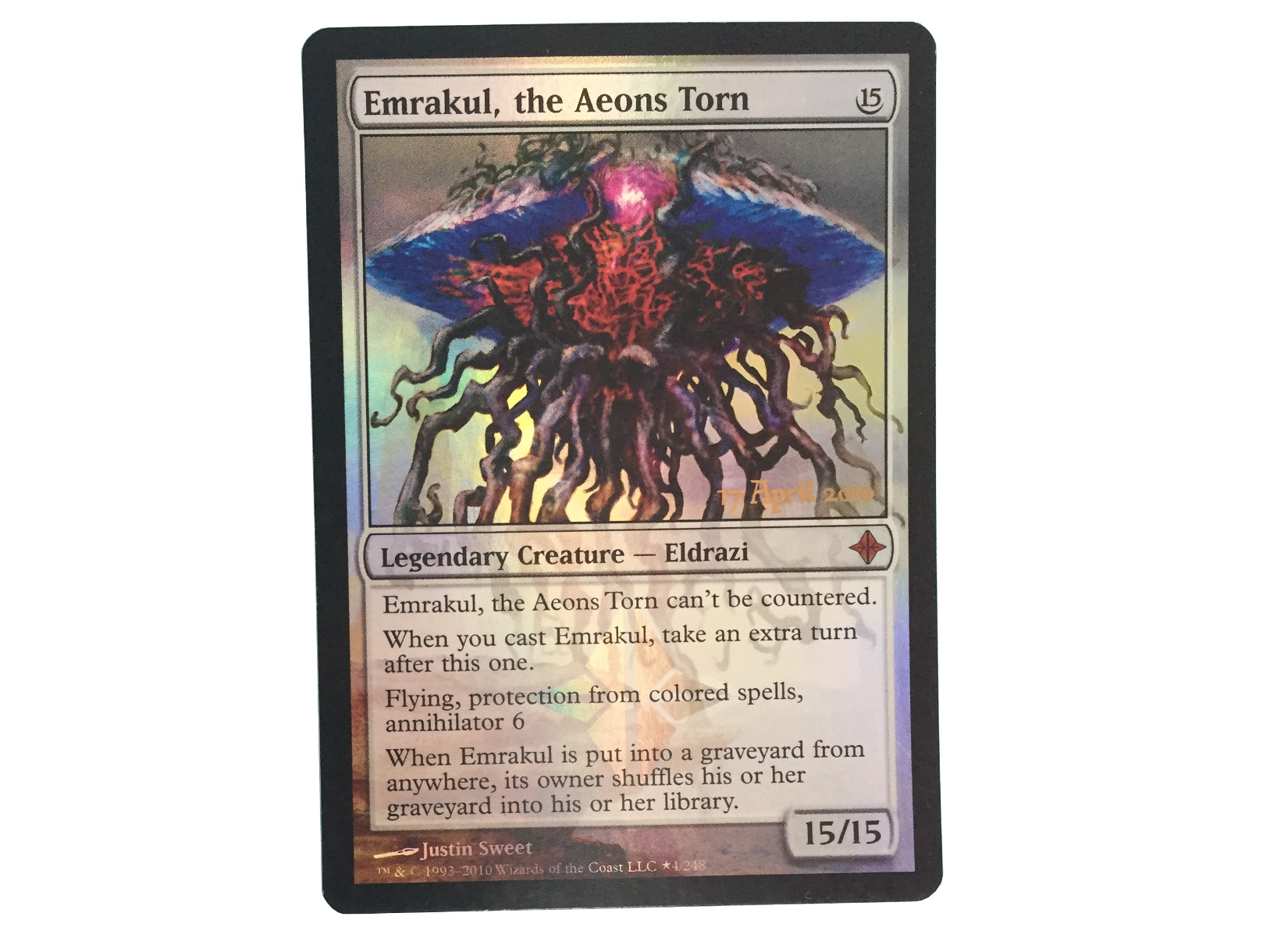 Emrakul, the Aeons Torn is an artifact from Daniel’s first-year affair with Magic: The Gathering. Daniel had played Magic prior to UCSF, including at summer camp and the Moore Lab at Dartmouth. The first year graduate program was the perfect combo to reignite Daniel’s interest in Magic. First, many of his classmates had played. Second, Systems — a team-based intensive course — exacerbated Daniel’s online shopping habit. So on October 28, 2011, Daniel obtained Emrakul, the Aeons Torn from eBay. After receiving the card, Daniel learned that it didn’t work in his deck because it was a legendary creature rather than an artifact. 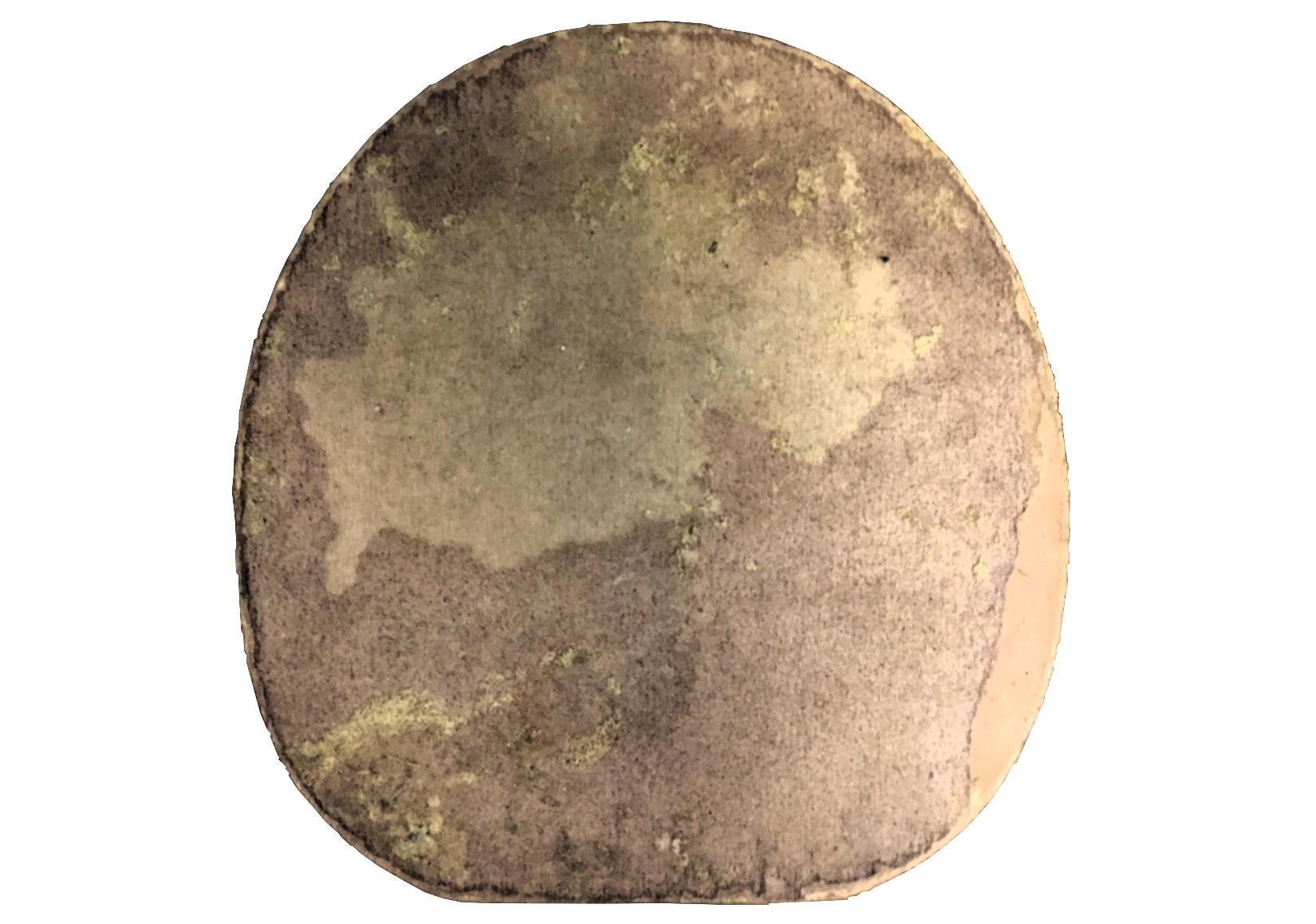 Pong is a game which combines the best elements of table tennis and beer drinking. However, due to its steep learning curve and specialized equipment, pong has not caught on outside of a few select communities. In August 2012, Daniel traveled to Newark, CA where he paid $125.06 for a ¾″ × 5′ × 9′ sheet of ACX plywood. After preparation, paint, and positioning atop two 44-gallon yellow Rubbermaid Brutes, a pong table was born. During the 2012–13 academic year, the table saw action more nights than not. Usually, Daniel played against his roommate Kamen: the isolation of Crestmont Drive necessitated one-on-one competition compared to the customary two-on-two. On display is one of the original four paddles christened alongside the table. The Grate Stuff patina and Cabernet Sauvignon staining make this paddle the most exquisite of the quartet. 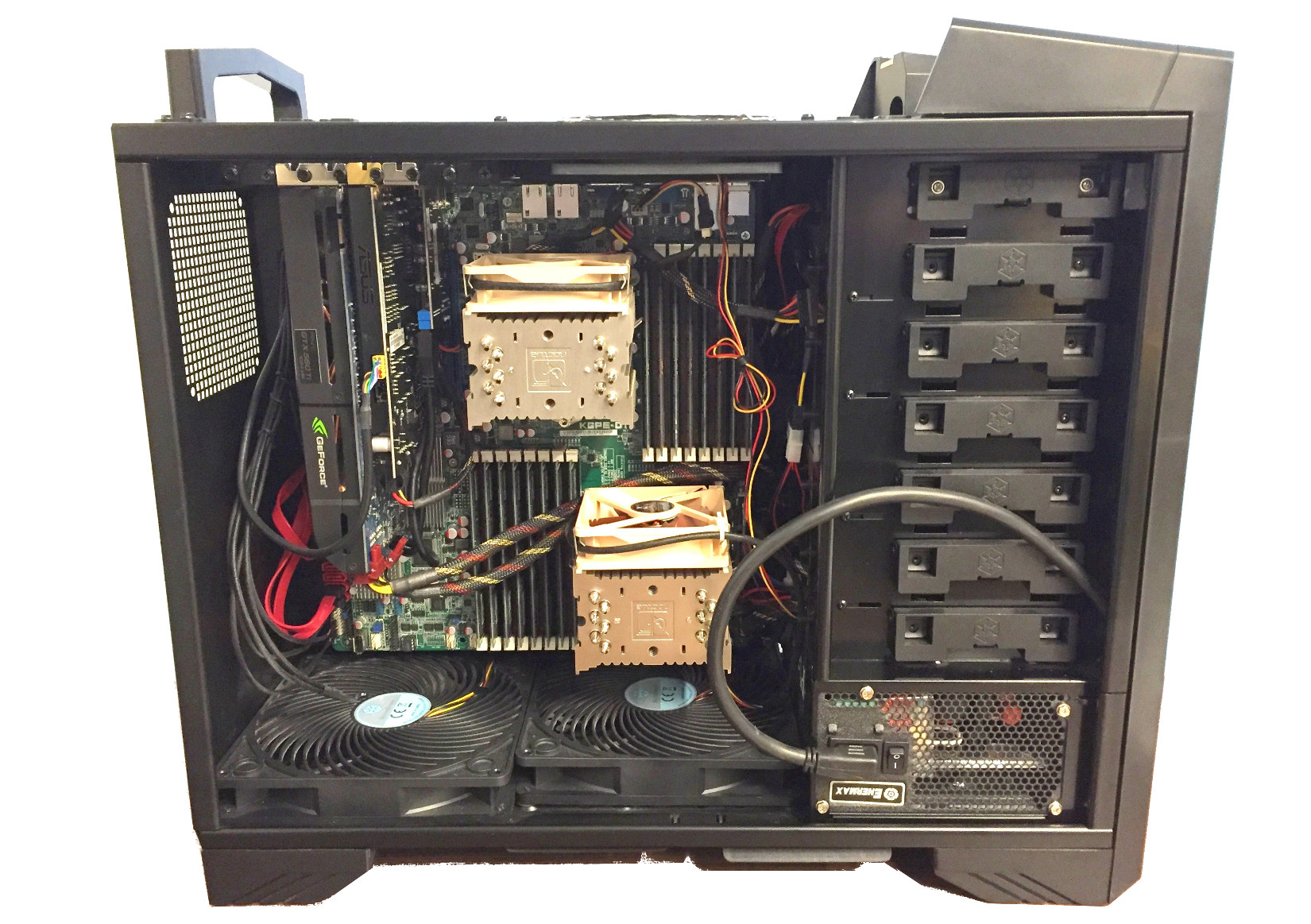 On display is dipper — Daniel’s PhD Workstation. During his first year in the Baranzini Lab, Daniel researched using littledipper, a machine he built during his senior year of college at Cornell. However, after Daniel passed his Qualifying Exam in June 2013, Sergio graciously commissioned the construction of dipper. Dipper boasts 16 3.2-GHz cores, 256 GB of memory, and 4.25 TB of storage (4 TB on hard disk and 256 GB on solid state). The two AMD Opteron 6328 processors delivered a great price–performance ratio, but Daniel’s colleague Antoine would always lament the lack of Intel inside. Daniel also thanks UCSF’s defunct Graduate Student Research Award for funding the acquisition of 192 GB of the random access memory. Dipper is on loan from dipper.ucsf.edu for the duration of this exhibit. 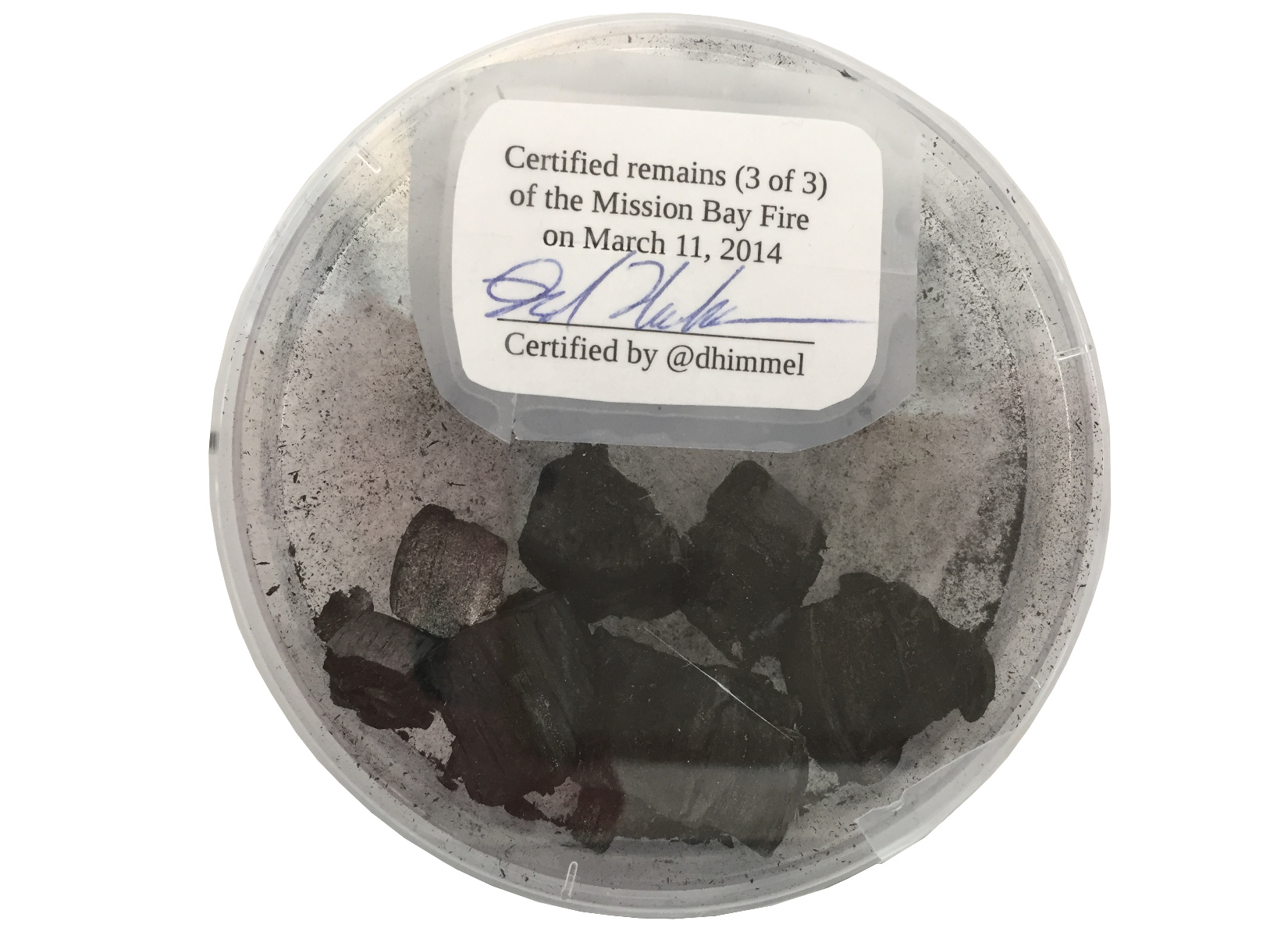 Daniel’s time at UCSF has been a time of growth, both for Daniel as a scientist and for the surrounding Mission Bay neighborhood. Nonetheless, a few instances of great destruction occurred during his doctorate. One such incident was the Mission Bay Fire of March 11, 2014, where an under-construction apartment complex went up in flames to the tune of $50 million in damage. The Sandler Neurosciences Center stood due south of the engulfed property with no buildings obscuring the sightline. By nightfall, Sandler was deeply impregnated with fumes from the conflagration. On display are certified remains of 1200 Fourth Street from a limited edition of three samples. Sample one belongs to John Witte — thesis committee member and rotation advisor of Daniel — who won it at a his lab’s white elephant gift exchange. 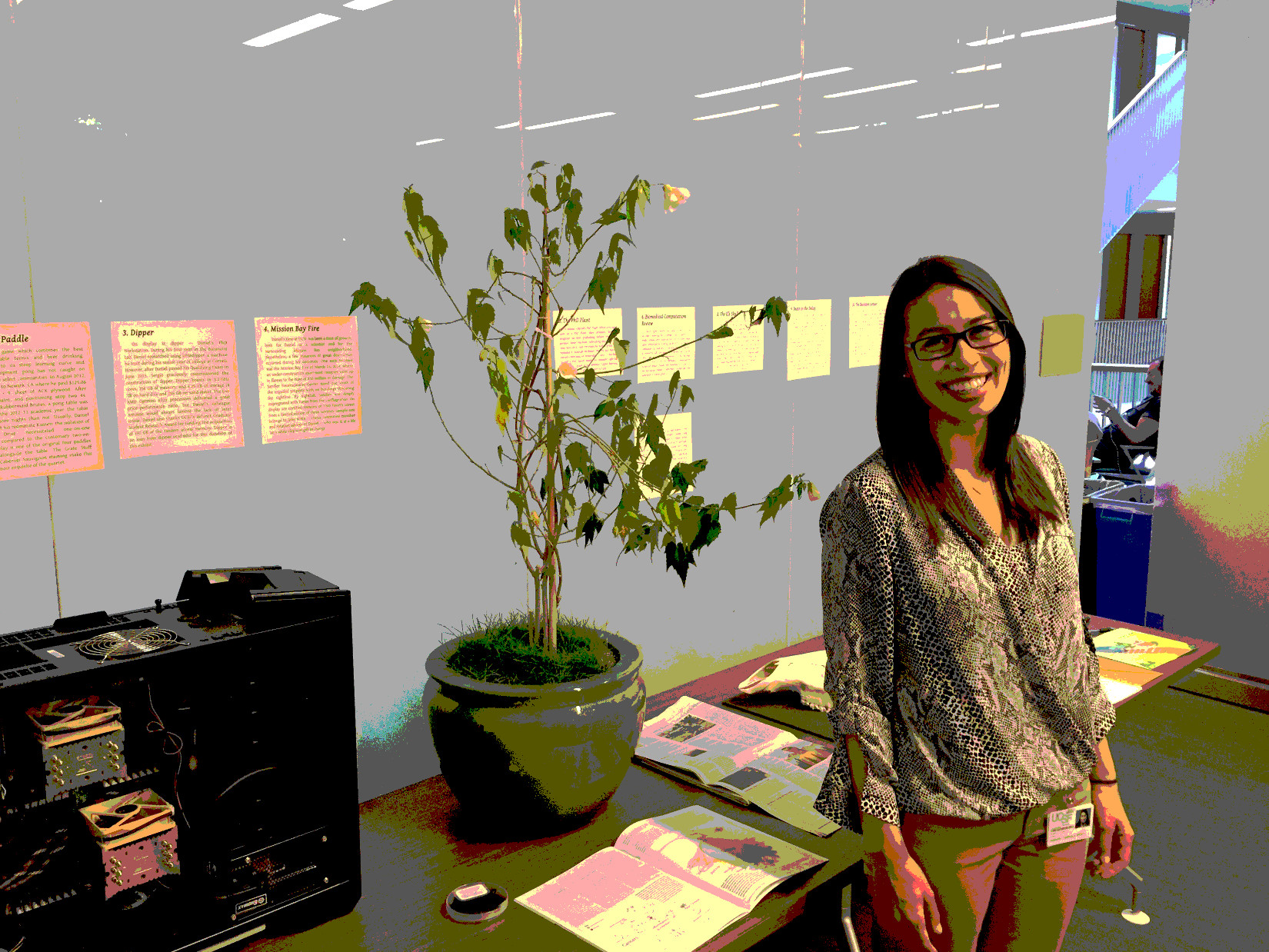 On display is Daniel’s PhD Plant. When a student takes on a PhD Plant, their primary doctoral obligation becomes graduating before the plant perishes. Daniel has been cultivating this abutilon since April 2014. Over the years he added grass and replanted it, although he deeply regrets not having started it from seed on September 1, 2011 — the first day of his PhD. Daniel thanks his labmate Egle for caring for the plant in his absence. Upon leaving, Daniel is expected to give the plant to Egle. 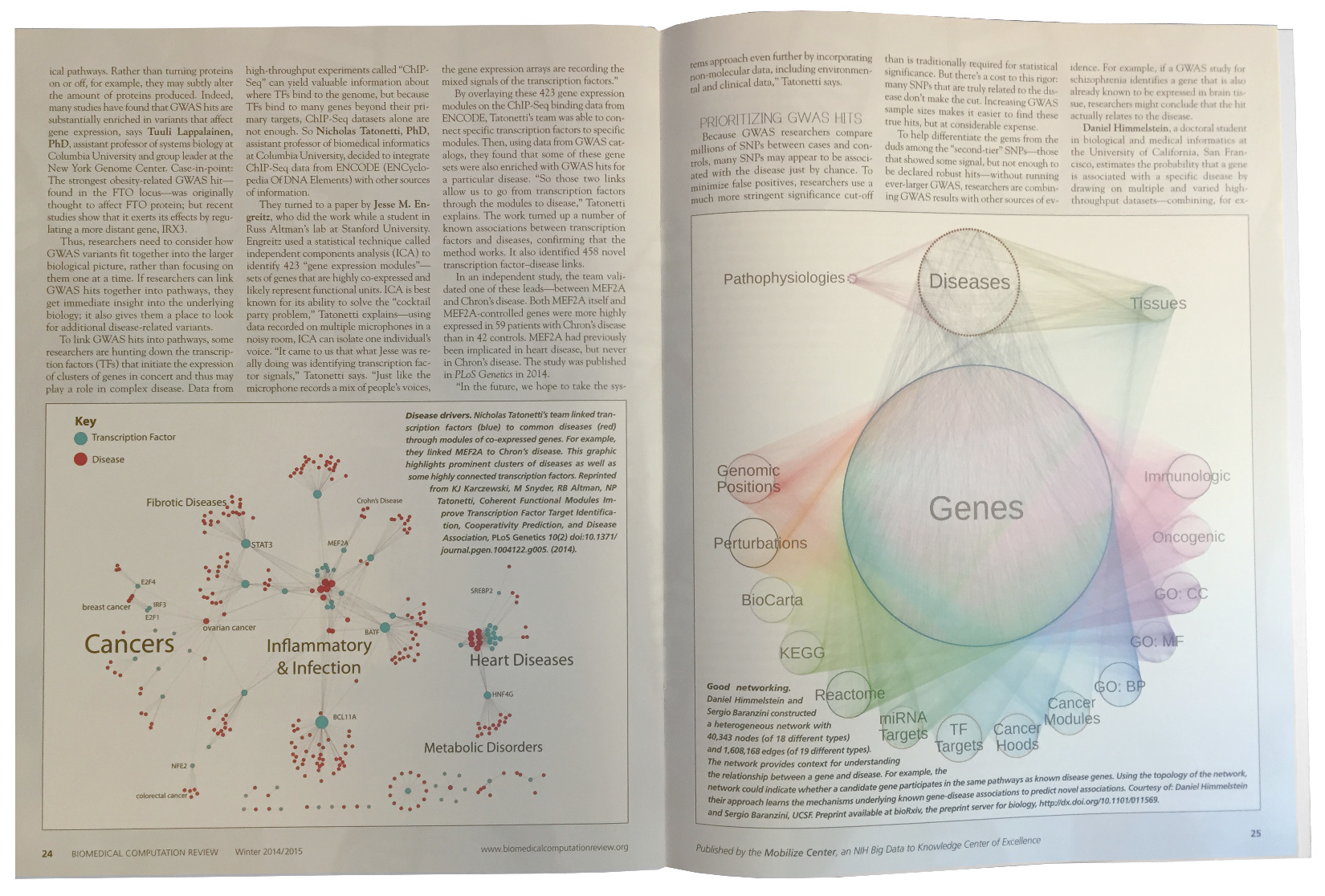 Daniel spent years two and three of his doctorate working on a project with Sergio to predict disease–gene associations. In his third year, Daniel presented his findings at BCATS — a trainee symposium at Stanford — where Kristin Sainini witnessed his talk. She went on to write a review on GWAS and Beyond that appeared in the Winter 2014/2015 edition of the Biomedical Computation Review on display. Daniel felt honored to have his pre-publication research described alongside the luminaries of human genetics. 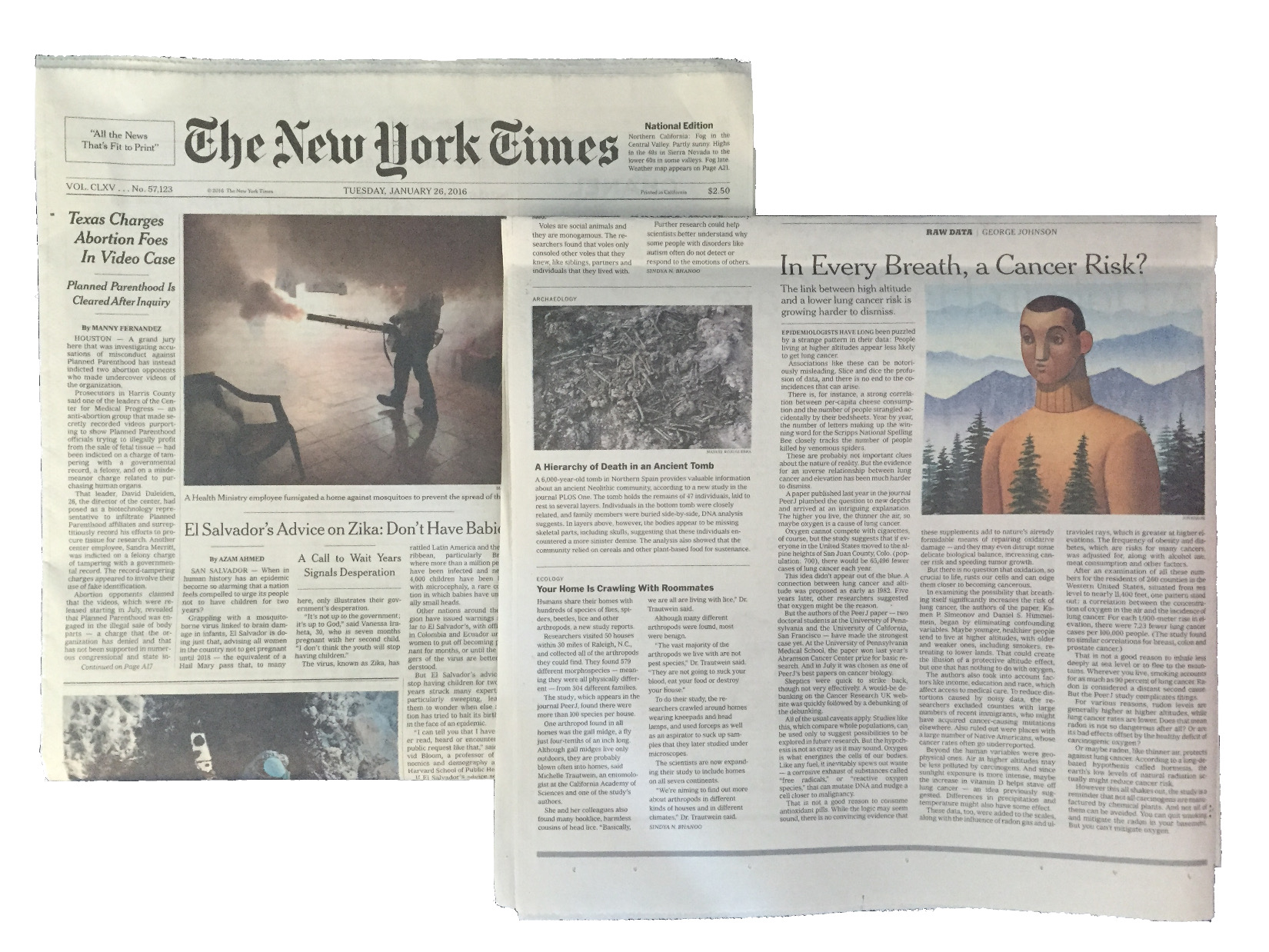 It was over a game of pong that Kamen first mentioned his theory that oxygen causes lung cancer to Daniel. The two began a collaboration looking at how lung cancer varied with altitude. Codenamed the lung, the study found less lung cancer at high altitude where the air contains less oxygen. The study was published in PeerJ — the best journal of that time — and was later the focus of a New York Times article on display. The study currently has an Altmetric score of 414 (99.9th percentile), but the path wasn’t all smooth sailing. Cancer Research UK condemned the study and acclaimed science journalist Ed Yong called it “a really strong early contender for Worst Study of 2015.”

On Independence Day 2015, Daniel descended Vail Mountain via the Minturn Mile trail. Midway through the hike, a skull was spotted protruding from the topsoil. Daniel brought the cow elk skull back to San Francisco, where he began the several-month process of cleaning the specimen. The cleaning protocol called for subtilisins, a type of proteolytic enzyme that occurs in premium laundry detergents such as Arm & Hammer. Three decades earlier, it was Jim Wells — now a Professor at UCSF — who began engineering subtilisins and paved the way for their current industrial applications.

9. Death to the Delay

Daniel’s study had been accepted, but was, after two months, still not published. He grew frustrated by the holdup and began researching delays for other papers at the same journal. The research led him to compare delays at 16 journals in his field. He found the journal where his paper had been accepted took the longest to publish. The blog post received hundreds of Tweets and was promptly covered by Nature News. The print summary from the 9 July 2015 edition of Nature is on display. Later Nature contacted Daniel regarding a more in depth piece on publishing delays. This served as the impetus for Daniel to explore the history of delays. He found that journal-reported acceptance delays haven’t increased over time. The feature appeared in the 11 February 2016 edition of Nature on display.

2015 was a year of great indecision for Daniel. What to do after graduating perplexed him more than anything had before. On one hand, data science skills were in high demand by the private sector. On the other hand, Daniel wanted to continue his mission of overhauling science using tactics of openness. In the end, Daniel was faced with a tough decision between doing a postdoc in the Greene Lab at the University of Pennsylvania and being a bioinformatics specialist at Human Longevity, Inc. Offer deadlines led to a decision atop the Grand Bé tidal island in Saint-Malo, France. In a straight-to-YouTube recording, Daniel unveiled his decision via the displayed letter and formalized it by signing the official documents. 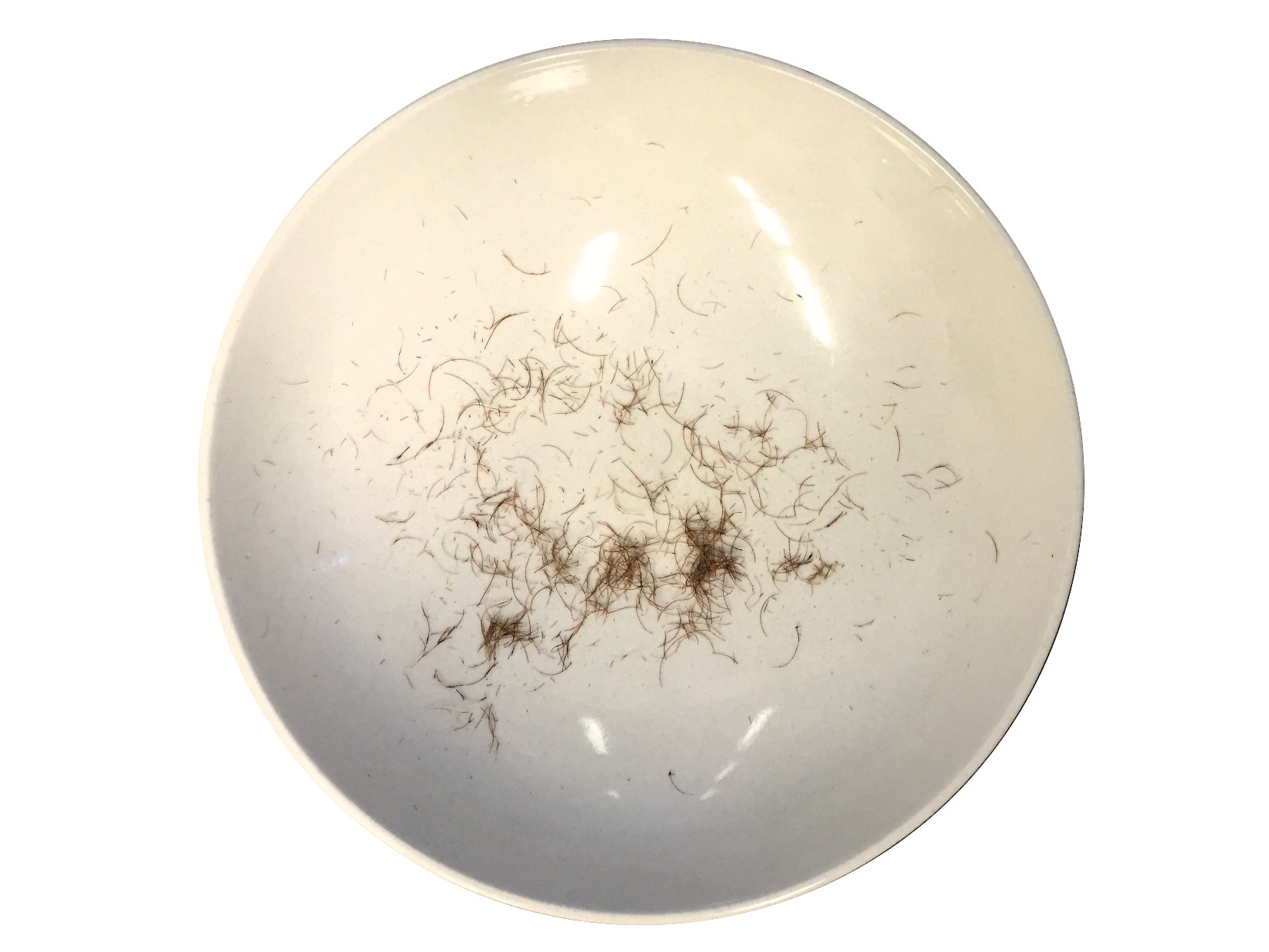 In the later half of 2015, Daniel realized he needed to get more serious if he wanted to graduate in a reasonable time. While he was already working hard, curiosity would lead him to inessential pursuits. He knew that all focus must be turned to completing Project Rephetio, the final act of his dissertation. So he adopted an incentives-based approach. Starting in late October 2015, he begun growth of a mustache not to be removed until graduation. To up the ante, he ceased drinking on January 11, 2016. These policies were widely detested by those close to Daniel. With official graduation just around the corner, Daniel relented following his thesis seminar on April 26, 2016. To thank Sergio for his mentorship and support, Daniel gave Sergio the satisfaction of removing his Doctoral Mustache, whose trimmings make up this final exhibit.